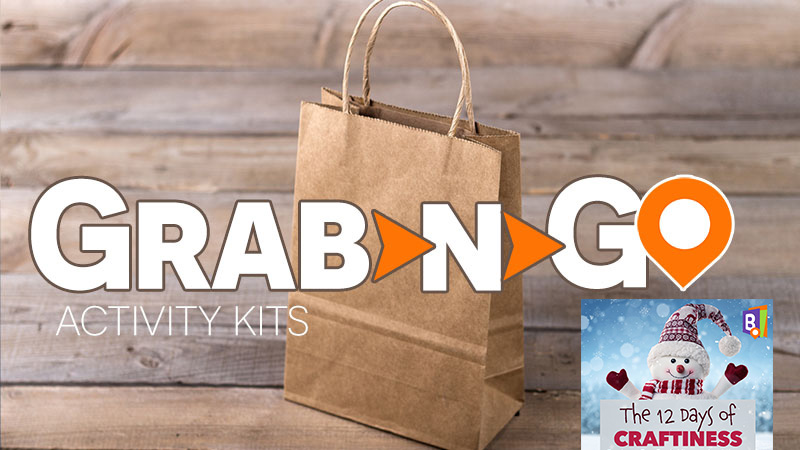 Coming December: The 12 Days of Craftiness!

From December 5 until December 17, we’ll be releasing a new craft each day for the public to pick up!

Kids, teens, and adults each have four bags specifically designed for their age group. Come claim one before they’re gone! 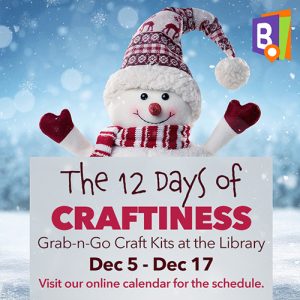 Grab-N-Go Bags are available at all locations beginning the first Monday of the month while supplies last.

Rural branches will release one bag per age group each full weekday they are open.